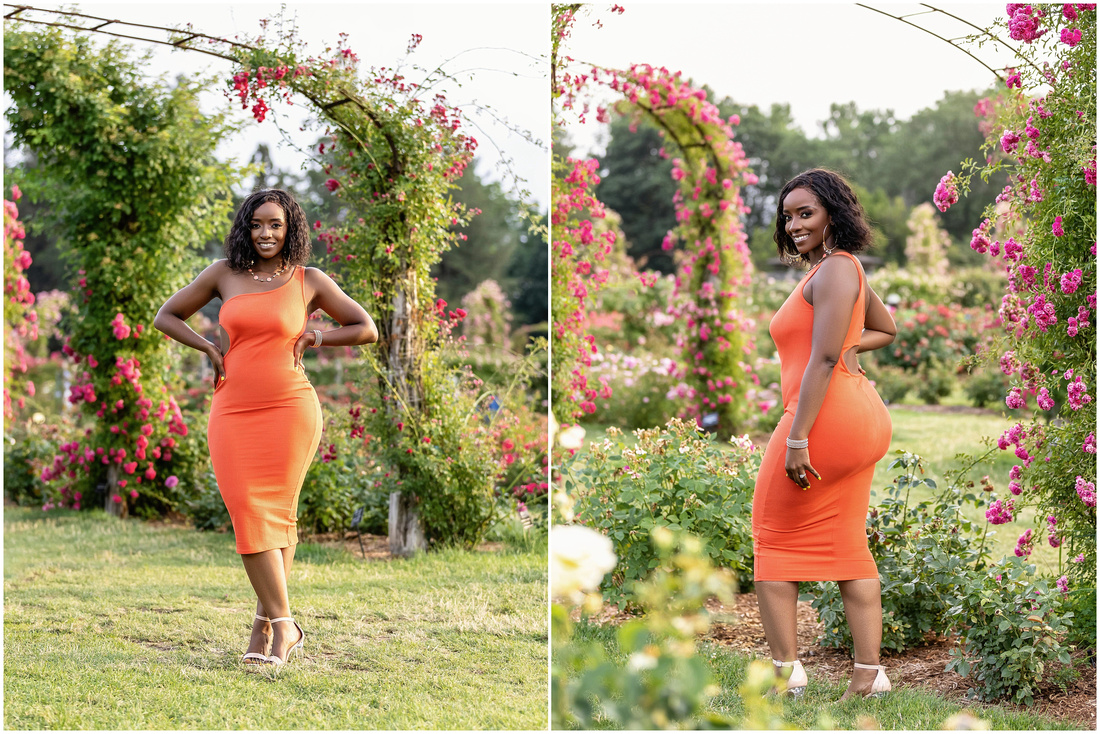 The last time I shot at Elizabeth Park was back in 2012 when I did a portrait session for a church sister. I was so proud of those photos, and she used them on social media for years! But I've come a loonnnngg way since then, and I was far more prepared for this session that I was 9 years ago. 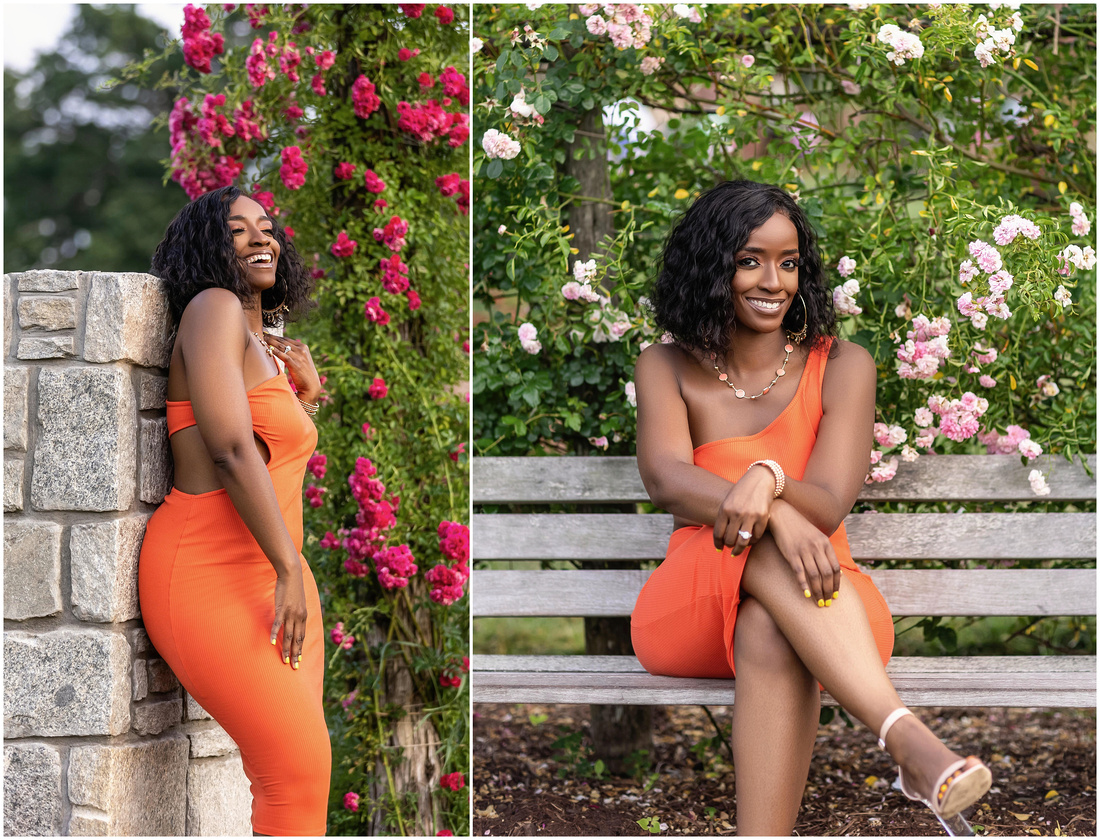 Elizabeth Park is known for all of its flowers. We had to get a permit to shoot there professionally, which I actually didn't mind. It's nice when you don't have a million portrait sessions going on at the same time. 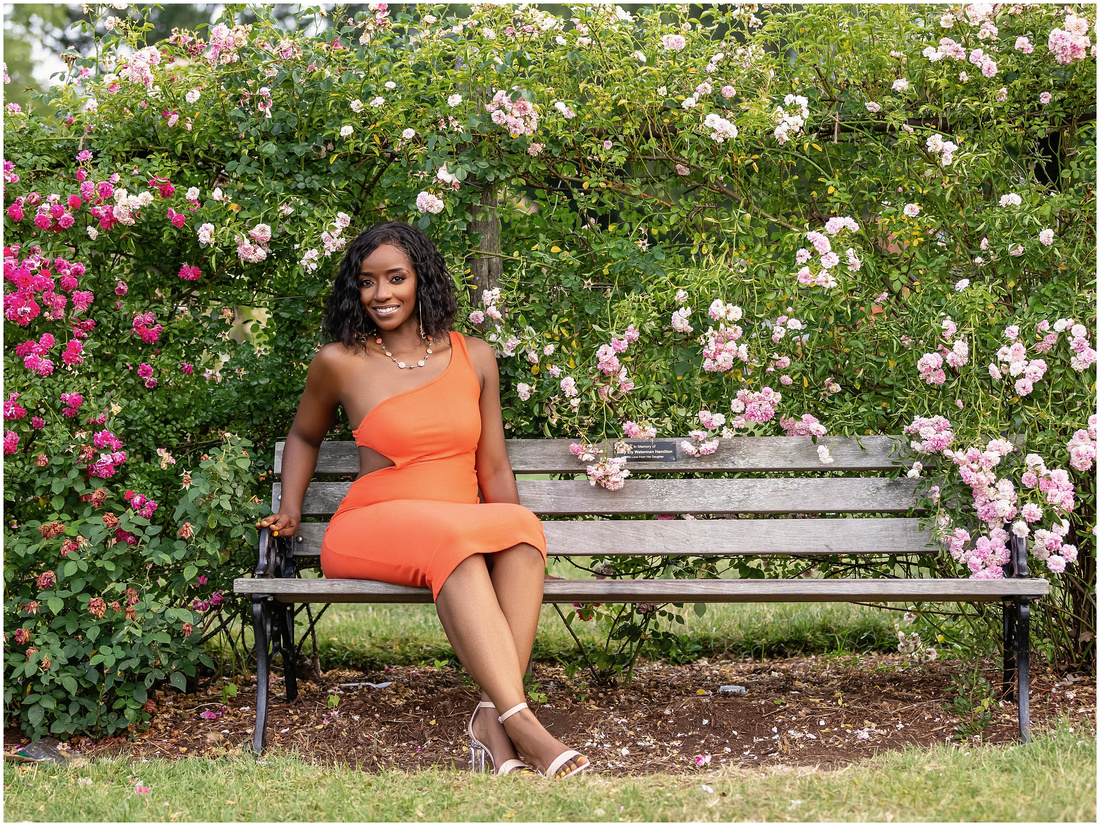 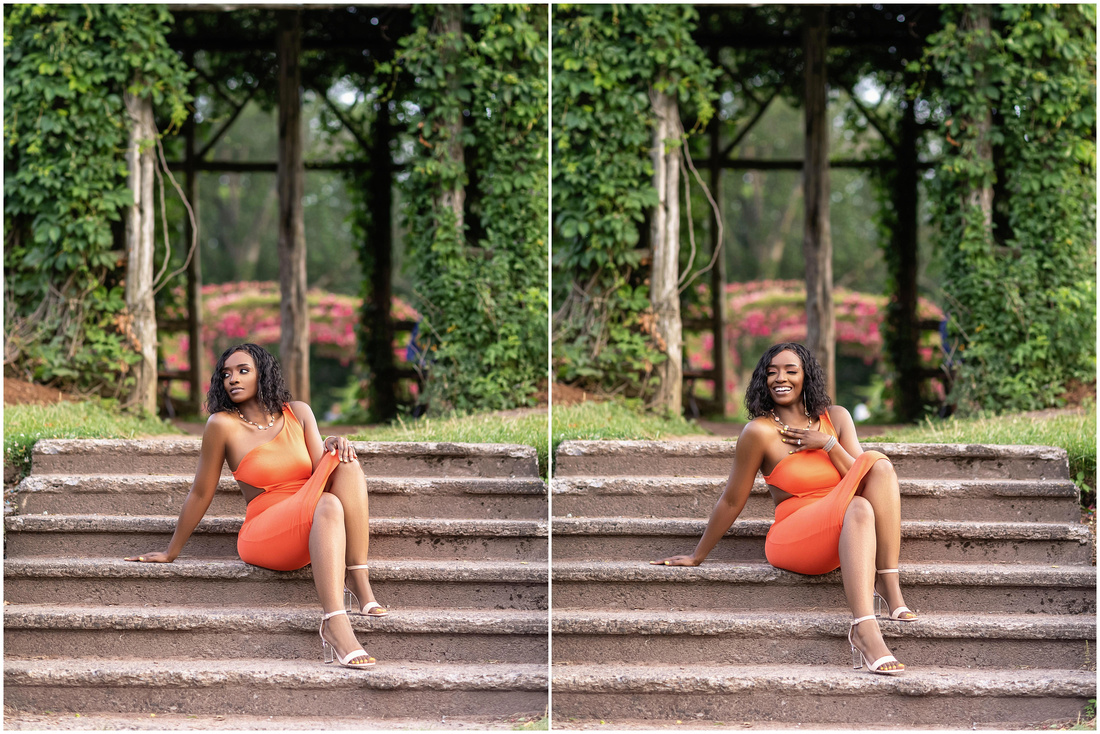 Outfit change! An African Queen indeed. I love this two-piece set, and the necklace! 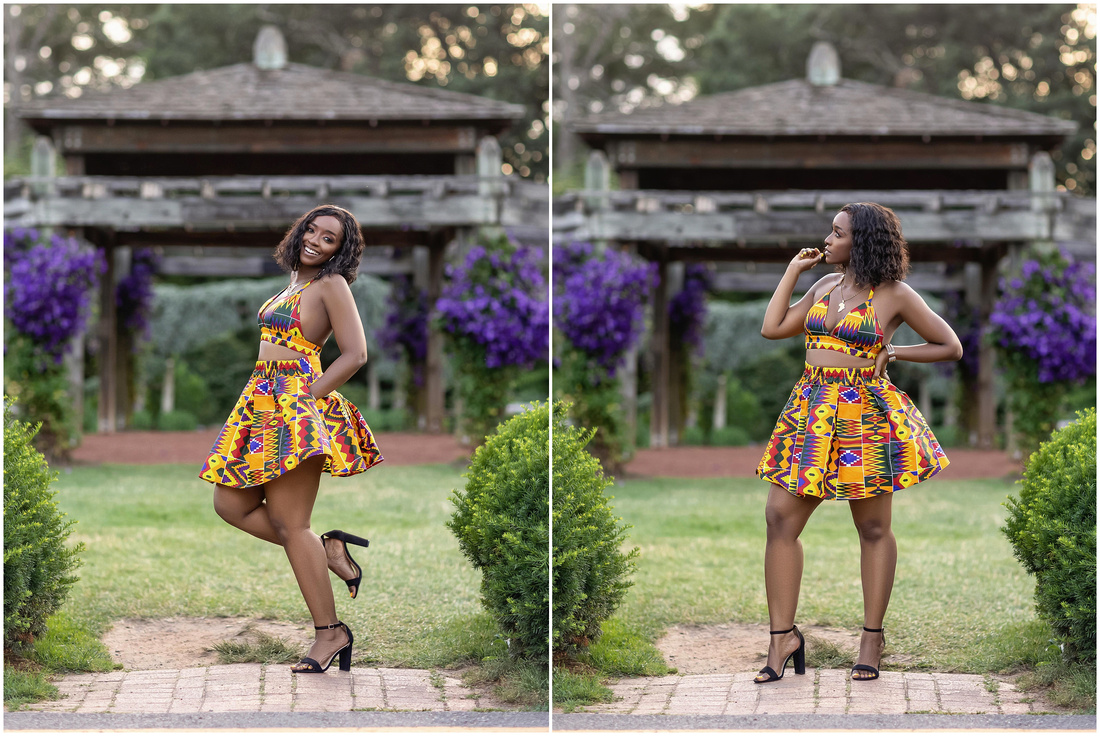 Chakell's personality really started to shine at this point of the session, and I love it!

Don't look at these photos and think we had the park to ourselves. I spent a good amount of time photoshopping a girl and her dog out of the background of these photos LOL!! 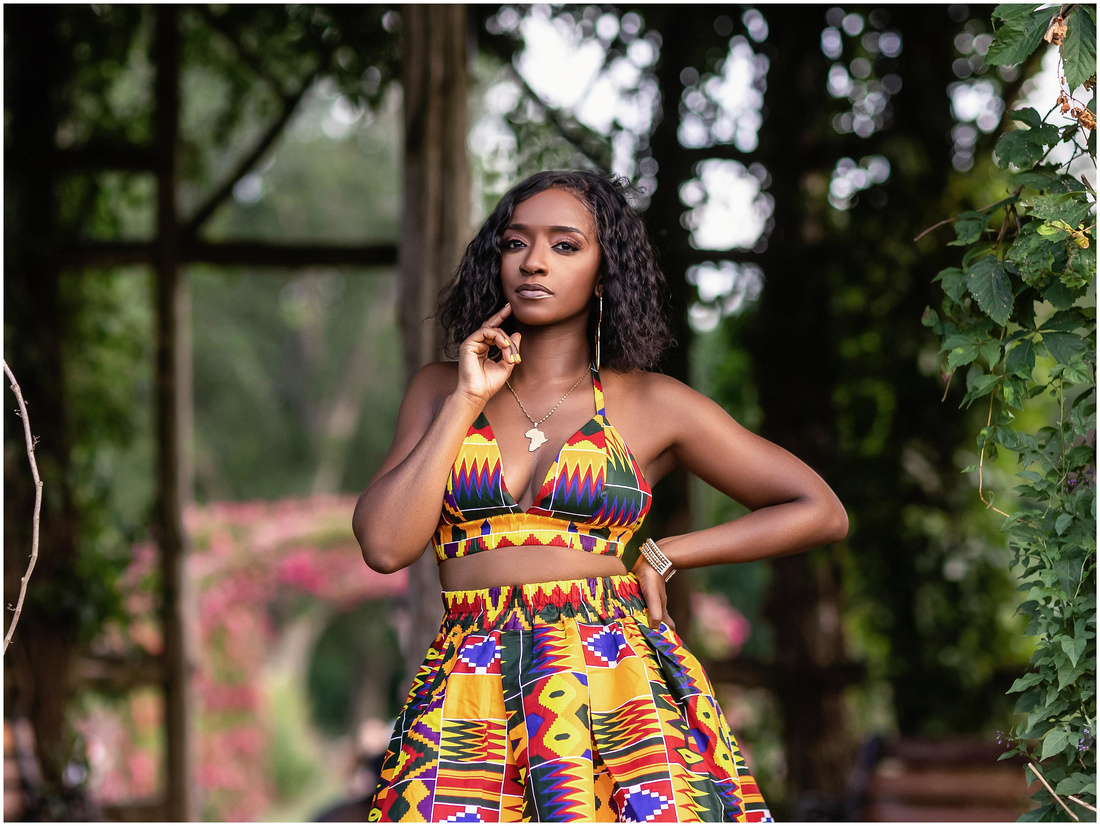 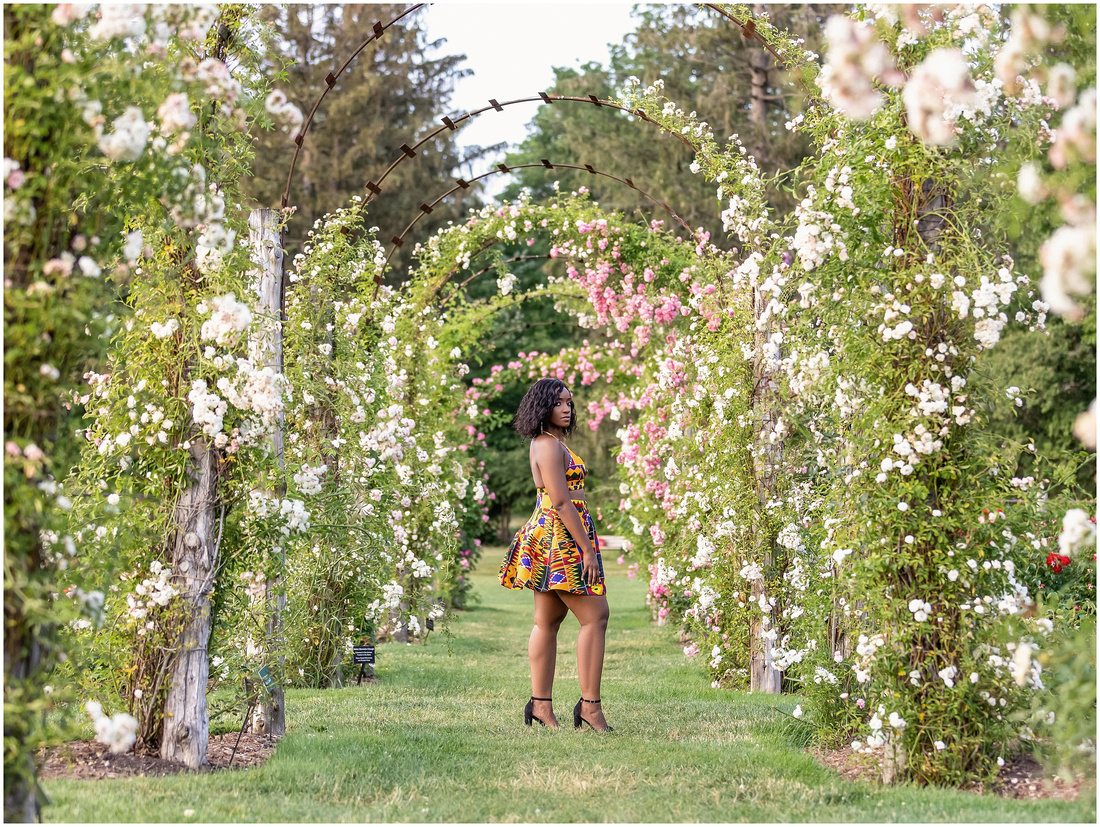 Chakell, it was such a pleasure to photograph you!